The Consolations of Incense

Fried Oysters Are Delicious. They’re Even Better at Home.

What Will School Really Look Like This Fall?
Anasayfa » Magazin » Poem: Headphones

Bob Holman calls Serhiy Zhadan’s poetry a “Canterbury Tales” of Ukrainian common people. He lists all the people, the soldiers, farmers, drug dealers and poor whose stories Zhadan tells. The list goes on until it includes everyone. How could it not? These poems were crafted in a world that frightens — where the desire to be free leads to an accumulation of corpses, where no matter what, you must still sing and still love. Selected by Reginald Dwayne Betts 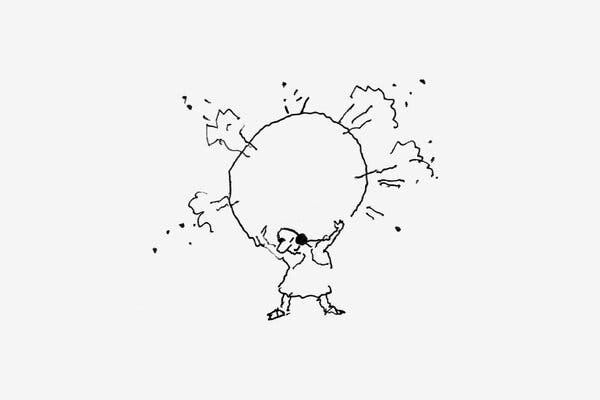 Sasha, a quiet drunk, an esoteric, a poet,
spent the entire summer in the city.
When the shooting began, he was surprised —
started watching the news, then stopped.
He walks around the city with headphones on,
listening to golden oldies,
as he stumbles into burned-out cars,
blown-up bodies.

What will survive from the history
of the world in which we lived
will be the words and music of a few geniuses
who desperately tried to warn us,
tried to explain, but failed to explain anything
or save anyone;
these geniuses lie in cemeteries
and out of their ribcages
grow flowers and grass.
Nothing else will remain —
only their music and songs, a voice
that forces you to love.

You can choose to never turn off this music.
Listen to the cosmos, shut your eyes.
Think about whales in the ocean at night.
Hear nothing else.
See nothing else.
Feel nothing else.
Except, of course, for the smell,
the smell of corpses.

Reginald Dwayne Betts is a poet and lawyer. He created Freedom Reads, an initiative to curate microlibraries and install them in prisons across the country. His latest collection of poetry, “Felon,” explores the post-incarceration experience. His 2018 article in The New York Times Magazine about his journey from teenage carjacker to working lawyer won a National Magazine Award. Serhiy Zhadan is a Ukrainian poet whose latest book is “The Orphanage: A Novel” (Yale University Press, 2021). This poem is taken from “What We Live For, What We Die For: Selected Poems” (Yale University Press, 2019).

A Futuristic Chair From the ’50s

How to Remember What Your Doctor Says