7 Podcasts for Parents Who Need a Break

Afghanistan’s Unraveling May Strike Another Blow to U.S. Credibility

How Biden’s E.V. Plan Could Help Tesla and Squeeze Toyota

The Week in Business: A Big Step for Infrastructure Spending
Anasayfa » Güncel » Even Billy Joel Mocked ‘We Didn’t Start the Fire.’ I Loved It.

Even Billy Joel Mocked ‘We Didn’t Start the Fire.’ I Loved It.

As a music critic, I’ve long been fascinated by people’s first favorite songs. Not songs made for children, or the kinds of songs we self …

As a music critic, I’ve long been fascinated by people’s first favorite songs. Not songs made for children, or the kinds of songs we self-consciously broadcast our allegiance to after we’ve developed the filters of taste, personal identity and critical perspective. I’m talking about those early formative encounters with the vast world of popular culture — the initial, primeval jolt that this song is somehow more special than the rest.

Where does that feeling come from? Does something about our first favorite song’s chord progression or production style predict what sort of music we grow up to like best? Are we all eternally doomed to be haunted by our original favorite song, forever chasing the unrepeatable rush of hearing it for the first time?

I have perhaps felt a need to intellectualize all of this to avoid coming to terms with an embarrassing truth, which is that my first favorite song — yes, me, a person who grew up to be a professional music critic — is a song hated so vehemently by some people that its own Apple Music catalog description admits that it regularly shows up on “worst song” lists. It certainly seems to be one of the most parodied songs in pop music history. Even its own composer has an ambivalent-at-best relationship to its existence and has repeatedly compared its monotonous melody to a “dentist’s drill” and “a droning mosquito.”

I am talking about Billy Joel and his notorious, wildly mystifying 1989 U.S.-history-lesson-on-Adderall “We Didn’t Start the Fire,” which as a 4-year-old I believed to be the greatest song ever recorded. 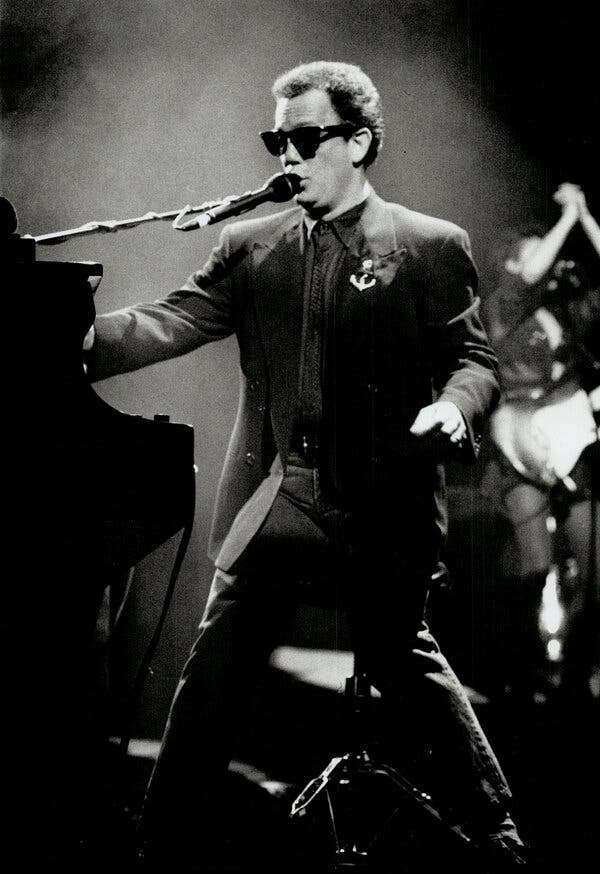 Billy Joel released “We Didn’t Start the Fire” in 1989 and the song reached No. 1 on the Billboard Hot 100. Over the decades, it has spawned many parodies and memes.Credit…Mike Slaughter/Toronto Star, via Getty Images

What kind of 4-year-old loves this song? My vocabulary was still a work in progress, so I couldn’t have understood most, if any, of its hundred-plus cultural references: Joseph Stalin, Malenkov, Nasser and Prokofiev/Rockefeller, Campanella, Communist Bloc. And yet I lived for the thrill of the song’s rousing introduction coming on the car radio — as it did often; “Fire” hit No. 1 on the Billboard Hot 100 around the time I turned 3. I loved its weird intensity: I didn’t know what Joel was saying but it all sounded so important! So deep was my love of “We Didn’t Start the Fire” that there is a camcorder video of me singing it into a Playskool karaoke machine, ad-libbing lyrics about my own personal cultural luminaries of the time, the Teenage Mutant Ninja Turtles.

But that was then. How long has it been since you’ve sat down and really listened to that song? (I had to do it to write this article, so you have to do it to read it — I’m sorry, but those are the rules.) More than three decades later, it provokes several different variations on the philosophical question, “How did this get made?” Also: Is Billy Joel … rapping? Did he just rhyme “Malcolm X” with “British politician sex”? Does he always pronounce “Berlin” with an accent on the first syllable, or is he just stretching it to fit the syntax of the song? What’s up with the urgent, unbridled passion he summons to growl “Trouble in the Sueezzzz”?

I can at least offer an answer for the “how did this get made?” part. Joel wrote it during a transitional moment in his life: It was around the time of his 40th birthday and he was feeling a little ruminative. One day, when he was working on what would become his 1989 album “Storm Front,” a young Sean Lennon stopped by the studio with another friend his age. They were bemoaning what a strange and overwhelming time they were growing up in: foreign debts, homeless vets, AIDS, crack, Bernie Goetz. Joel suggested that he’d also come of age during an exhausting moment in history: birth control, Ho Chi Minh, Richard Nixon back again. But, in Joel’s telling, Lennon’s friend countered, “You were a kid in the ’50s. And everybody knows that nothing happened in the ’50s.”

“Didn’t you hear of the Korean War or the Suez Canal Crisis?” Joel protested. (Again with the Suez.) As soon as these youngsters left, he began writing down bite-sized headlines from his youth, if only to prove his point. Eventually he realized he was writing a song.

“The chain of news events and personalities came easily — mostly they just spilled out of my memory as fast as I could scribble them down,” Joel told his biographer Fred Schruers. (He also told Billboard magazine in 2009 that he was pretty sure it was the first and last time in his career that he wrote a song’s lyrics before its melody: “I think it shows, because it’s terrible musically.”)

And yet, for a song so indelibly time-stamped and frozen in the year of its completion, “We Didn’t Start the Fire” has had a remarkably long afterlife. In the almost 32 years since its release, it has spawned countless parodies, from the niche (a friend recently told me that her former colleagues once performed a company-specific rendition they’d written for an office party) to the mainstream (a 2019 “Tonight Show Starring Jimmy Fallon” bit in which the stars of “Avengers: Endgame” attempted to summarize the entire Marvel Cinematic Universe). “The Office” and “Parks and Recreation” both featured “Fire” riffs. And this year, a history-based podcast named after the song debuted; hosts Katie Puckrik and Tom Fordyce devote an entire episode to each of the topics Joel mentions in the song. (Suffice to say, they’re going to be at it for a while.)

There have also been the pandemic-era memes. “Today was like if ‘we didn’t start the fire’ was a day,” the TV writer Matt Warburton tweeted on March 12, 2020, and shortly after a therapist named Brittany Barkholtz went viral when she took him up on this challenge: “Schools close, Tom Hanks, trouble in the big banks, no vaccine, quarantine, no more toilet paper seen.” Plenty of sequels followed, tailored to the most surreal headlines of the day.

When I listen to the song now, I can’t say I believe it to be objectively good — but there is something enjoyable about the over-the-top absurdity of it. (It is certainly one of my go-to karaoke standards.) More than anything, though, I am amazed that all the way back in 1989 Joel somehow managed to predict the precise, decontextualized mania that I feel when I’ve spent too long on the internet. At any given moment, I can log onto Twitter and experience a sequence of flat, oddly juxtaposed phrases being shouted at me with the intensity of a man growling “Trouble in the Sueezzzz.”

But I also find the prescience of this three-decades-old song a little comforting. It can be easy to feel that we are currently living through the nadir of human history — and hey, maybe we are! But Joel also wrote this song to capture a certain kind of generational déjà vu that has existed since the dawn of civilization. As he reflected to his biographer: “Oh man, we all thought that too, when we were young: My God, what kind of world have we inherited?”

Maybe “Buddy Holly, Ben-Hur, space monkey, mafia” is not the most poetic line that the Piano Man has ever penned. But it’s often hard for songwriters to predict just which of their creations will strike an enduring chord, let alone understand why. In a similar sense, you don’t necessarily get to choose which songs you fall in love with, especially when you’re young and impressionable, which is why pop music is one of the great cultural equalizers. I now spend most of my days trying to put into words exactly why I like certain songs, so “We Didn’t Start the Fire” makes me nostalgic for a simpler time when I enjoyed things in a way that defied further explanation. I heard the song and was blown away. What else do I have to say?

Waste From Mine in Angola Kills 12 Downstream in Congo, Minister Says