Nickolas Davatzes, Force Behind A&E and the History Channel, Dies at 79

Getting Intimate With the Celebrity Regulars of River Cafe

Growing up in Louisville, Ky., Eden Bridgeman Sklenar leafed through issues of Ebony and Jet at the beauty salon, where she would go with her …

Growing up in Louisville, Ky., Eden Bridgeman Sklenar leafed through issues of Ebony and Jet at the beauty salon, where she would go with her mother every week to get her hair styled in tight curls.

It was the ’90s, when Whitney Houston, Nelson Mandela, Colin Powell, Michael Jordan, Tupac Shakur and Oprah Winfrey made the covers of the two leading chroniclers of Black life and culture.

“If you were ever wanting to know what was happening with African American culture, all you had to do was pick up an Ebony or Jet and flip through the pages,” Ms. Sklenar said in an interview.

Now, as the chairwoman of the new parent company of Ebony and Jet, she has taken a leading role in the revival of a storied publication. Ms. Sklenar has installed Michele Thornton Ghee, formerly an executive at BET Networks and CNN, as the company’s chief executive; Marielle Bobo, a former fashion director of Essence magazine, is Ebony’s new editor in chief. The publication will add more full-time staff members and regular freelance contributors in the coming months, Ms. Sklenar said. A possible resuscitation of Jet remains on the drawing board.

Ms. Sklenar’s father, Junior Bridgeman, took Ebony and Jet out of bankruptcy in December when his company, Bridgeman Sports and Media, bought the assets of their parent company, Ebony Media, for $14 million. Mr. Bridgeman built his fortune as an entrepreneur after a 12-year career in the National Basketball Association, owning hundreds of Wendy’s and Chili’s franchises across the Midwest and the South, and then selling them in 2016 when he became a major distributor for Coca-Cola. 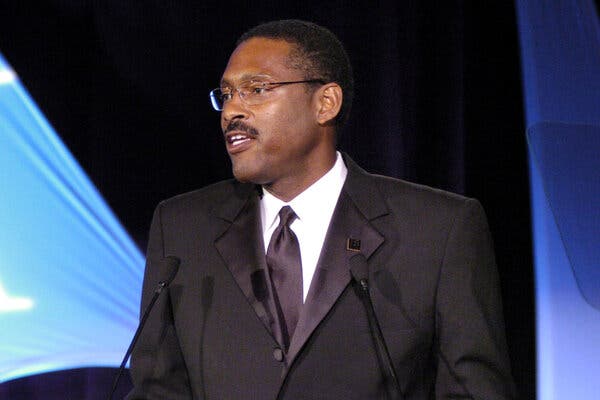 The entrepreneur Junior Bridgeman, a former standout player for the Milwaukee Bucks, took Ebony and Jet magazines out of bankruptcy last year.Credit…Frank Mullen/WireImage

The reboot of Ebony, founded as a monthly magazine in 1945, started in March with daily articles and videos posted on its website, which came back to life after years of dormancy. The site also offers digital magazine covers featuring portraits of the hip-hop artist Tobe Nwigwe, the writer and actress Lena Waithe and the N.B.A. star Karl-Anthony Towns. Its September online cover shows the Oscar winner Jennifer Hudson, who plays Aretha Franklin in the biopic “Respect.” A print edition is scheduled to come out four times a year, starting in 2022.

Ebony has also entered into a partnership with Bloomberg Media. In an announcement, the two companies said the collaboration would include original videos, news articles, a newsletter and cross promotion on social media. Bloomberg will also play a role in the revival of the Ebony Power 100, an annual list of influential Black Americans, with an hourlong special scheduled for the cable channel Bloomberg Television in November. In a separate partnership with HarperOne, a division of HarperCollins, Ebony’s book division will publish a memoir by Viola Davis next August. 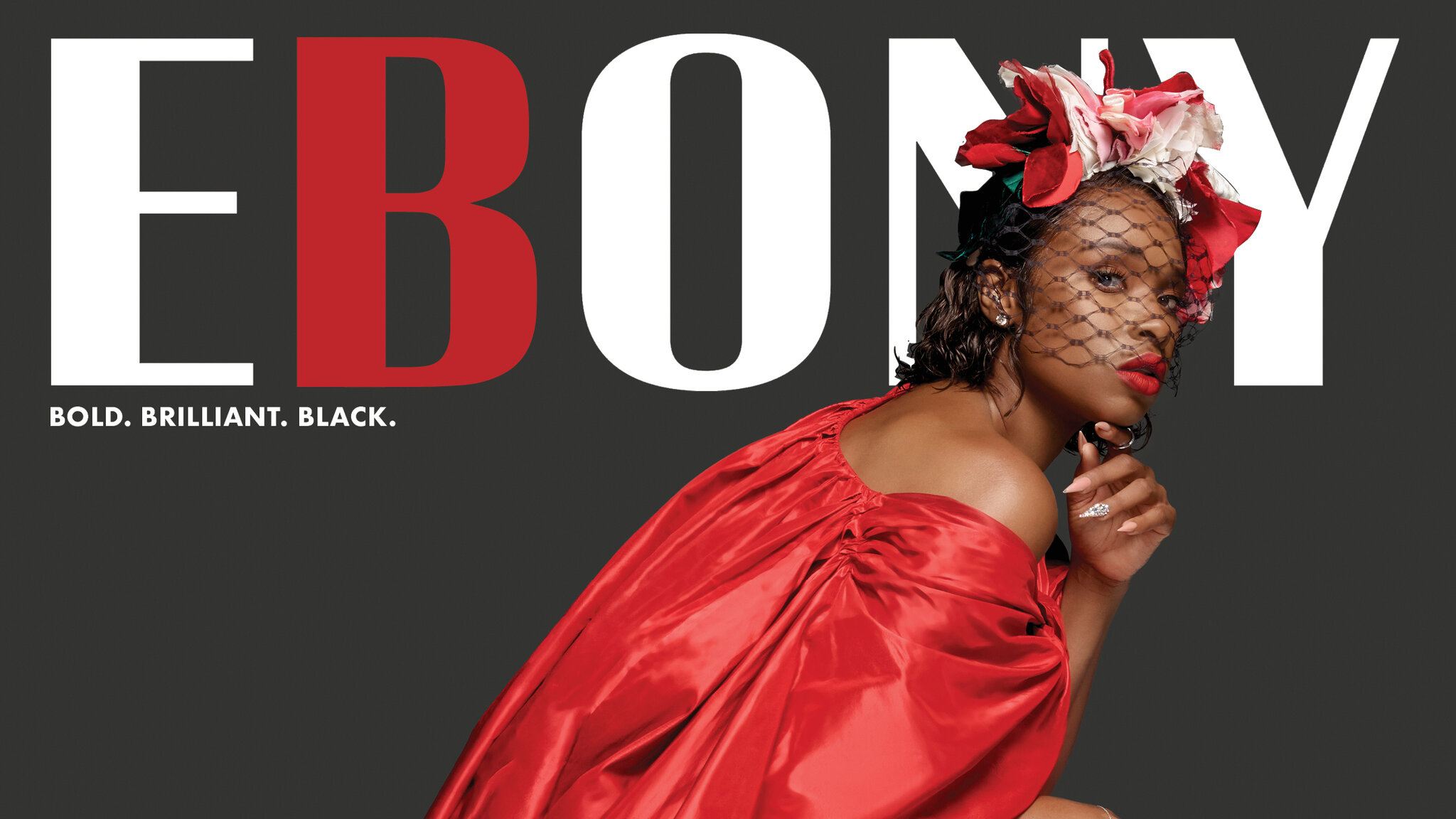 Ms. Sklenar declined to reveal the number of online readers for Ebony since its return. The measurement company Comscore said the relaunched site was too new to produce reliable data.

Until last year, Ebony was in danger of being permanently lost. Weighed down by debt, the original parent company, Johnson Publishing, sold Ebony and Jet in 2016 for an undisclosed price to Clear View Group, a hedge fund in Austin, Texas. The new ownership team cut staff, reduced office space and was accused of not paying employees on time. As a result, Ebony received a “thumbs down” award in 2017 from the National Association of Black Journalists.

Johnson Publishing held on to something valuable in the deal: the photo archive of Ebony and Jet, a chronicle of decades of Black history that might otherwise have remained hidden. In an unusual effort, four major nonprofits — the Ford Foundation, the J. Paul Getty Trust, the John D. and Catherine T. MacArthur Foundation and the Andrew W. Mellon Foundation — banded together and bought the archive for $30 million. They then donated it to the Smithsonian Institution’s National Museum of African American History and Culture.

In Ebony’s first issue, published in November 1945, the publisher, John H. Johnson, wrote that the magazine “will try to mirror the happier side of Negro life — the positive, everyday achievements from Harlem to Hollywood. But when we talk about race as the No. 1 problem of America, we’ll talk turkey.”

Ebony’s founder, John H. Johnson, wrote in 1945 that it would chronicle the “positive, everyday achievements” of Black Americans “from Harlem to Hollywood.”Credit…Bettmann Archives

In the decades that followed, Ebony and Jet were arguably the foremost chroniclers of Black entertainers, civil rights leaders, athletes, writers and businesspeople. At its height, Johnson Publishing was also financially robust, earning ad revenue from companies seeking to reach the Black middle class and making Mr. Johnson, who died in 2005, the first Black member of the Forbes 400 list of richest Americans.

Although known for a generally optimistic view of the world, the two magazines also tackled dire subject matter. In 1955, Jet published David Jackson’s searing photograph of Mamie Till viewing the corpse of her son, Emmett Till, the teenager who was lynched in Mississippi. Later, Ebony published a column with readers’ questions answered by the Rev. Dr. Martin Luther King Jr. Replying to a soldier in the South who questioned how he could justify fighting for a racist nation, Dr. King wrote: “If you respond to the present situation that you confront in Alabama with bitterness, the new order which is emerging in America will be nothing but a duplication of the old order.” In 1968, the historian Lerone Bennett Jr. asked in Ebony’s pages, “Was Abe Lincoln a White Supremacist?” His answer: Yes.

The historian Lerone Bennett Jr., who was a senior editor of Ebony, working in his office at Johnson Publishing in Chicago in 1973.Credit…Smith Collection/Gado, via Getty Images

The magazine’s critical reputation waxed and waned over the years, as Brent Staples noted in a 2019 New York Times opinion essay, “The Radical Blackness of Ebony Magazine.” Under the influence of the sociologist E. Franklin Frazier, many scholars once considered it “a nihilistic enterprise that encouraged African Americans to remake themselves as white,” Mr. Staples wrote. Later, a new generation praised the magazine’s emphasis on Black contributions to American life and culture.

Ms. Sklenar said the time was right for an Ebony comeback. “You just have to look at today,” she said. “The historic moment of an African American and South Asian woman vice president, to everything that happened in the past year, of voices being heard in a way that they haven’t been before.”

Ms. Ghee, the chief executive, said the business struggles of recent years meant that Ebony could start with a clean slate. “Because we acquired out of bankruptcy, we’re a start-up, which is a curse and the beauty,” she said. “We get the opportunity to take a historic brand and retrofit it.”

Ebony is attempting a comeback in a media environment that has changed greatly since the magazine’s heyday. For one thing, digital publications like The Root, TheGrio, The Undefeated, MadameNoire and others have strong Black readership.

Susana M. Morris, a professor of literature, media and communications at Georgia Tech, said Ebony (to which she contributed under previous owners) would need to adapt to the conventions of digital media while maintaining what made it distinctive. One thing that may have to change, she said, is the magazine’s tone, which she described as “very serious.”

“I do see their online presence being a bit cheekier,” Ms. Morris said.

Ms. Sklenar suggested that the voice of the new Ebony would have something in common with its founder’s mission. “We are hoping to uplift,” she said.

Stymied Before, Trump Finds Backing for His Own Media Venture

Instagram Struggles With Fears of Losing Its ‘Pipeline’: Young Users