Russia and Belarus Inch Closer to a Full-Blown Merger

Review: ‘The Pursuit of Love’ Against All Odds

Missing Belarusian Activist Is Found Dead in Park in Ukraine

In the quieter corners of your subscription streaming services this month, you’ll find inspiring documentaries, unpredictable genre movies, indie dramas inspired by both headlines and history books, and ingenious riffs on “Hamlet,” Huck Finn and the slasher genre.

Stream it on Netflix.

The director and screenwriter Semi Chellas adapts Susan Choi’s novel, inspired by the true story of a Berkeley radical who helped Patty Hearst during her time on the run — an expert instead of an amateur, so we get a glimpse into the meticulous precision and paranoia with which these figures lived underground. Hong Chau is terrific in the central role, conveying all her intelligence and weariness in her tired eyes, while Sarah Gadon does wonders in the tough role of the Hearst stand-in, deftly veering from actor to true believer as the situation requires, nailing the ambiguity of this still-enigmatic figure.

Anatomy of a Scene: ‘The Future’

Miranda July, the director of “The Future,” narrates a look at the film. 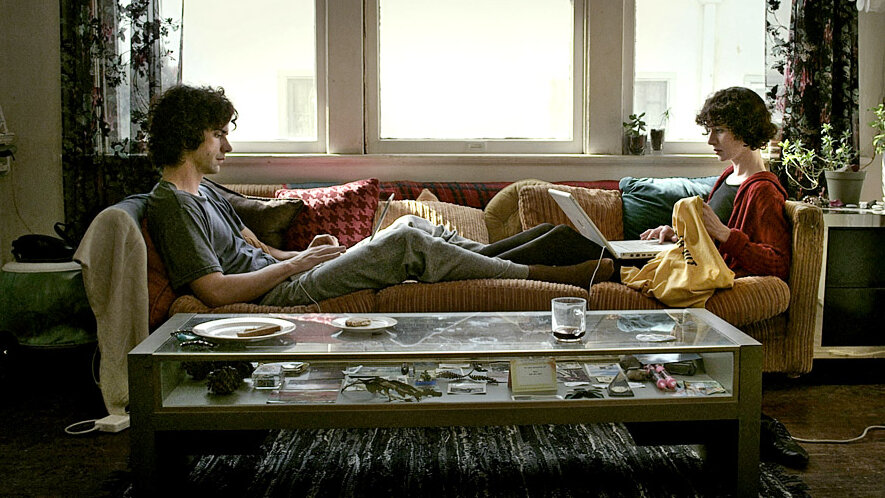 Miranda July, the director of “The Future,” narrates a look at the film.CreditCredit…Roadside Attractions

Between her 2005 breakthrough “Me and You and Everyone We Know” and last summer’s “Kajillionaire,” the writer and director Miranda July only directed one feature — this peculiar, funny and strangely affecting comedy-drama. July and Hamish Linklater co-star as a Los Angeles couple whose potential adoption of a rescue cat prompts a spiraling bout of self-examination, culminating in the decision to quit their jobs and cut themselves off from the world. July dabbles in the realms of cringe comedy, science fiction and middle-class ennui, but never in any expected way — she zigs when you think she’ll zag, remaining earnest in her storytelling and true to her characters, even while taking big swings with tone and narrative.

Stream it on HBO Max.

In the writer-director Daniel Ragussis’s action drama, Daniel Radcliffe plays an idealistic F.B.I. agent who shaves his head and goes undercover in the white supremacist underground. His target is Dallas Wolf (Tracy Letts), a radical right-wing talk radio host seemingly pushing his listeners into dangerous action, but the most admirable quality of the screenplay is its recognition of the breadth and depth of contemporary racism. Our hero doesn’t just encounter fire-breathing, suspender-wearing skinheads; he finds himself at cozy cookouts with white-collar, middle-class family types. By grappling with the complexity of its subject, “Imperium” proves far more urgent than your typical deep-cover procedural.

Stream it on Netflix.

“You may think you know my story. Many have told it,” she notes, in the opening voice-over. “It is high time I should tell you my story, myself.” The “my,” in this case, is Ophelia, who is thoughtfully and effectively centered in this freewheeling retelling of Shakespeare’s “Hamlet.” The director Claire McCarthy and the screenwriter Semi Challas (of the earlier listed “American Woman”) unapologetically lean into the story’s none-too-subtle sexuality, while filling in back story credibly, modernizing the dialogue of shared scenes and taking additional liberties with the narrative. Some of those adjustments are more successful than others, but the overall effect lands, and the cast is top tier; Daisy Ridley of the “Star Wars” sequel trilogy makes a fine Ophelia (her playing of the flowers scene is dizzying and devastating), and Clive Owen is electrifying as the evil Claudius.

Mix the slasher-movie self-awareness of “Scream” with the screen-traversing gimmick of “The Purple Rose of Cairo,” and you’ve got this deliciously clever little item, in which a handful of extremely 2010s teenagers find themselves inexplicably transported into the middle of a 1980s “dead teenager” movie of the “Friday the 13th” mold. The ensuing complications and winking misunderstandings are executed with welcome comic precision, but “The Final Girls” isn’t just a gag machine. The film’s initial narrative anchor — in which one of the teenagers (Taissa Farmiga) is mourning the loss of her mother (Malin Akerman), an actress in the film they’ve entered — pays unexpected emotional dividends, giving this horror-comedy a surprising shot of pathos.

Stream it on HBO Max. 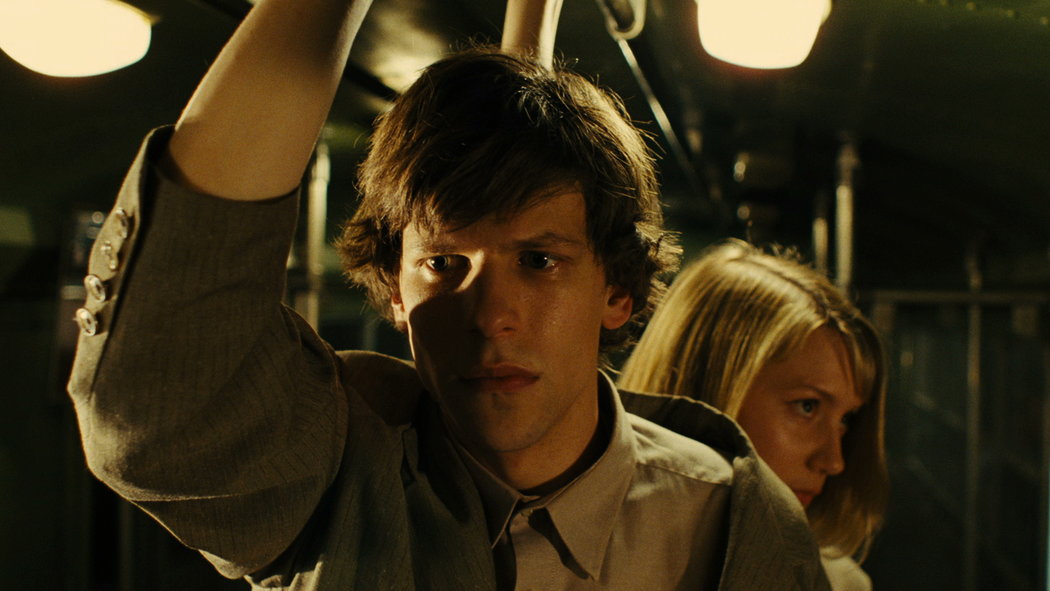 Richard Ayoade, the versatile actor and filmmaker best known for his co-starring work on “The IT Crowd,” takes on corporate dronery in a very different key in this wickedly funny adaptation of Fyodor Dostoyevsky’s novella. Jesse Eisenberg stars as a meek data processor, grinding it out in corporate hell; he also plays the same man’s long-repressed id, a self-confident boor who creeps into his life and begins taking it over. Ayoade performs a graceful balancing act in his screenplay and direction, finding and holding just the right note of quizzical surrealism and jazzy wit, while Eisenberg’s dueling performances are a marvel of comic contrasts.

This delightfully depraved morality tale follows two broke buddies (Pat Healy and Ethan Embry) into a long, strange night of boundaries tested and broken, as they offer themselves up to a cheerfully vulgar rich couple (David Koechner and Sara Paxton) for what amounts to a high-dollar game of Truth or Dare — with mostly dares, of an increasingly troubling nature. The director E.L. Katz creates tension with a catch-and-release rhythm, distracting us from the mounting nihilism with steady doses of dark humor (much of it courtesy of “Anchorman” co-star Koechner), building to a climax harrowing in its bleakness, yet, in retrospect, oddly inevitable.

Few premises in modern cinema are more exhausting than the reimagining of classic characters in contemporary settings. But this goofy, endearing buddy movie from the writing and directing team of Aaron and Adam Nee, which gives us grown-up versions of Tom Sawyer (Adam Nee) and Huck Finn (Kyle Gallner) as modern-day, small-time criminals, has its own sprung rhythm and distinct comic voice. The filmmakers refuse to romanticize these literary favorites, instead casting them as likable screw-ups who, like their child iterations, get in way over their heads. A top-notch supporting cast — including Hannibal Buress, Stephen Lang, Eric Christian Olsen and “Supergirl” herself, Melissa Benoist — help keep things lively.

Three transgender teenage athletes in three states with three very different sets of rules try to navigate their complicated circumstances in this moving documentary from the director Michael Barnett. His filmmaking is sharply visceral, but also intellectually engaged; he knew what he was doing by picking three athletes in small-town America, and surrounding them with care givers who are self-proclaimed “hard-core Republicans.” These teenagers are who they are; it’s the adults they touch who have to go on a journey. And by documenting their unlikely path to acceptance, “Changing the Game” seems to suggest that it’s possible anywhere and, hopefully, everywhere.

During the contentious 1968 presidential nomination conventions, ABC News got a bright idea: It would team Gore Vidal and William F. Buckley, two commentators from opposite ends of the political spectrum, for on-camera debates of the issues of the day. The resulting conversations were, by turns, lively, ugly, sharp-edged and contentious, culminating in years of insults, litigation and rewriting. The filmmakers Morgan Neville and Robert Gordon succinctly capture the appeal of this prickly pairing, via well-chosen video clips, new and archival interviews and writings by the participants (as read by John Lithgow and Kelsey Grammer) — while thoughtfully exploring the aftermath of that discourse, and tracing it to the poisonous style of our current political punditry.

Hope (and Ian McKellen) Lured Me to Britain. Was It Worth the Risk?

Reporters Who Covered R. Kelly on His Trial and Conviction

‘Insecure’ Season 5, Episode 1 Recap: No Time to Be Insecure

How Accounting Giants Craft Favorable Tax Rules From Inside Government