Powered by the Crowd, McCullers Mowed Down the White Sox

A Hall of Fame Shortstop, Through and Through

In Retiring Koosman’s Number, the Mets Protect Their History

Could Cincinnati Shake Up the College Football Playoff Field?

Medals On, Masks Off

Pascal Siakam Has Heard the Rumors, but He’s Ready to Lead

The Orioles Are Bad and It Just Might Get Worse
Anasayfa » Spor » He Ran the First N.Y.C. Marathon. Next Week, He’ll Run the 50th.

On Sunday, Sept. 13, 1970, the day before his senior year began at Long Island City High School, Larry Trachtenberg was one of 127 athletes who …

On Sunday, Sept. 13, 1970, the day before his senior year began at Long Island City High School, Larry Trachtenberg was one of 127 athletes who lined up in Central Park to run the first New York City Marathon. He was one of 55 finishers.

On Sunday, Nov. 7, 2021, Trachtenberg, now 67, will run the marathon again, as one of 33,000 athletes lining up at the base of the Verrazzano-Narrows Bridge on Staten Island.

He will be the lone runner who ran the inaugural New York City Marathon who is also racing this year’s event, the marathon’s 50th running.

“I wouldn’t go through all of this for Boston or London or whatever,” Trachtenberg said over the phone from his home in Eugene, Ore. “It’s just that it’s New York.” 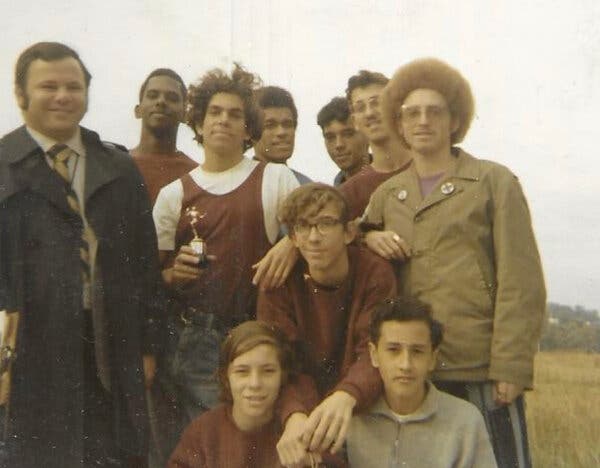 Trachtenberg, third from left, holding a trophy in his younger days.Credit…via Larry Trachtenberg

He signed up. Why not? He was always looking for new ways to test his endurance, and he still has newspaper clippings from winning a physical fitness contest in 1969.

“I had to be thinking outside the box to do the marathon in the first place,” he said. “It’s not like there was anybody else in housing projects in New York City running marathons.”

Two weeks before the race, he took the subway to Van Cortlandt Park in the Bronx with the goal of running what he estimated to be a half-marathon. That felt easy enough, he said. He figured all he had to do was double the distance. The day before the race he decided to scope out the course and ran seven and a half miles through Central Park.

“I find the training logs hilarious,” he said of his 51-year-old notes from the weeks surrounding the race. He did almost precisely what a coach would tell a marathon runner not to do before race day. “I had no idea!”

But Trachtenberg wasn’t too worried. The marathon just wasn’t a big deal, he said, and he’s still unsure of who knew exactly what he was up to on that humid September morning.

He finished in 32nd place with a time of 3 hours 22 minutes 4 seconds — enough to be awarded a plaque — having not stopped for any liquid throughout the entire race. “I remember there was free soda at the finish and I could have as much as I wanted,” he said. “I remember drinking six cans of soda at the finish, that was my treat.”

After one day off, Trachtenberg returned to cross-country practice. He would win a race 13 days later, and he went on to run for Princeton University.

It was only 10 years ago that he realized that his participation in the 1970 marathon was something, as he put it, “worth mentioning.”

A former colleague in the running mecca of Eugene was shocked to learn of his running past. “They told me I should be treated like royalty,” he said. “I didn’t take any pictures because I didn’t think this would be anything anyone would make a big deal about 50 years in the future.”

The modest Central Park race with its 127 entrants transformed into a five-borough marathon in 1976 and has since morphed into the largest marathon in the world. There have been 1,283,005 total finishers over 49 runnings, cheered on by millions of spectators and thousands of volunteers.

“I wouldn’t go through all of this for Boston or London or whatever,” Trachtenberg said. “It’s just that it’s New York.”Credit…Calla Kessler for The New York Times

That explosion in popularity is still a shock to Trachtenberg, who hasn’t run in Central Park since 1975, and has not raced a marathon since 1978.

“The spectacle is overwhelming — obviously it’s going to be extremely emotional for me,” he said. “I’ve cried like a million times.”

Trachtenberg speaks of the race like a true New Yorker, with the same reverence as the race director, Ted Metellus, who was born in the Bronx.

“When you think about an event that has been going on for 50 years, that’s 50 years of legacy, of community,” Metellus said. “And it’s not just the runners, it’s the volunteers, it’s the community, it’s the partners.”

“Everyone has a big or small New York City Marathon story,” he added, “and this year will be the world’s biggest alumni party.”

It’s a party that Trachtenberg couldn’t pass up.

At the beginning of our conversation, he called the race a grand reunion and perhaps a grand farewell. He’s nearing his 70s, and he’s not sure he’ll be able to finish the race.

He really wants to run over the Verrazzano Bridge, he said at first. Oh, but he’d like to make it to his old hangs in Queens around Mile 13, he added. But if he’s that far, he might as well cross the Queensboro Bridge into Manhattan, right? And how cool would it be to finish in Central Park again?

By the end he had changed his tune. Maybe he will do the New York City Marathon again, he said, his own excitement catching up with him. He’s getting a heart valve replacement, and wouldn’t it be fun if he could compare his times from before and after the surgery?

Spoken almost like a 16-year-old entering the inaugural New York City Marathon on a whim.

For These Paralympians, a Pursuit of Excellence Means Life Abroad

At a Wild Trade Deadline, Every Club Made a Move

‘We All Know Where We Came From’

Vita Vea Is a Defensive Minimalist With Maximum N.F.L. Impact