The Nobel in economics goes to three who find experiments in real life.

Opening statements begin in the trial of Theranos’s Elizabeth Holmes.

Where the Suburbs End

Smartphones Won. We Can Ignore Them.
Anasayfa » Teknoloji » Biology Starts to Get a Technological Makeover

Biology Starts to Get a Technological Makeover

The highly mechanized lab — operated by Ginkgo Bioworks, a fast-growing start-up in Boston — is an engine room of synthetic biology, an emerging field that applies the tools of engineering and computing to make entirely new organisms or genetically turbocharge existing ones.

Proponents of synthetic biology say the field could reprogram biology to increase food production, fight disease, generate energy and purify water. The realization of that potential lies decades in the future, if at all. But it is no longer the stuff of pure science fiction because of advances in recent years in biology, computing, automation and artificial intelligence.

Money is pouring into the field. Research universities, government agencies and major chemical and pharmaceutical corporations like Bayer and Merck are pursuing projects in the area. Yet so are smaller companies like Ginkgo.

Many companies specialize in one part of the field; they include gene sequencers like Illumina and Pacific Biosciences and DNA synthesizers like Twist Bioscience and Codex DNA. Others, such as Zymergen and Ginkgo, are more one-stop shops.

“There is still a long way to go, but the vision of applying engineering to make biology faster, cheaper and more reliable is starting to become a reality — and a big business,” said John Cumbers, a molecular biologist who is the founder of SynBioBeta.

Ginkgo, which plans to go public on Friday, 13 years after its founding, shows the progress and challenges of this developing industry.

Ginkgo has raised more than $900 million in venture funding from investors including Bill Gates, General Atlantic, T. Rowe Price and Viking Global Investors. But it started as five people with a shared belief that biology could be made more like computing with reusable code and standard tools instead of the bespoke experiments of traditional biology.

“The ultimate goal for Ginkgo is to make it as easy to program a cell as it is to program a computer,” said one of the founders, Jason Kelly, who is chief executive.

But unlike the electronic bits of computing, the code of DNA in cells is physical. The biological debugging, compiling and testing tools required lab space and equipment. At the start, they picked up gear at fire sale prices, as biotech start-ups were folding in the wake of the national financial crisis. 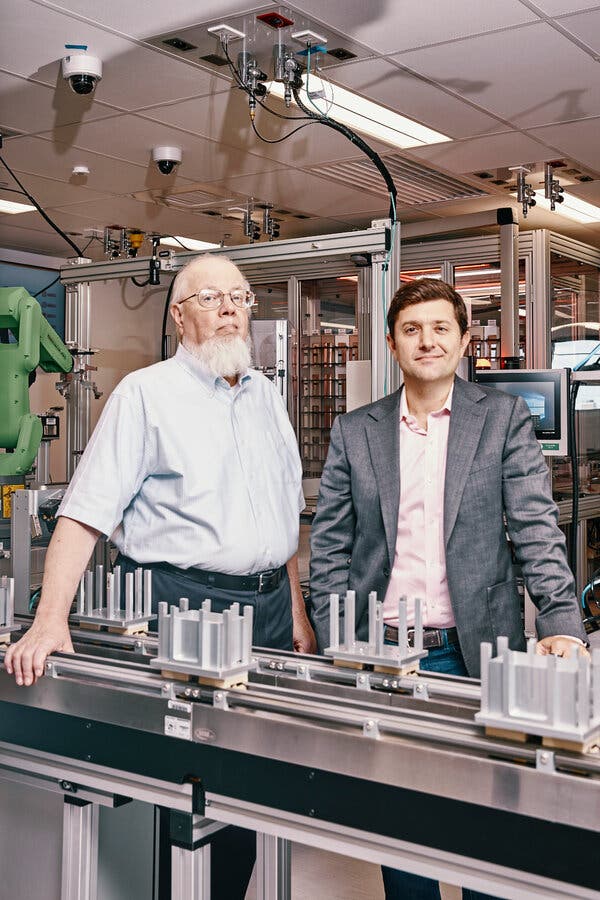 Four of the founders were freshly minted Ph.D.s from the Massachusetts Institute of Technology — three in biological engineering, one in computer science. The initial funding came from the fifth founder, Tom Knight, who put up $150,000.

Mr. Knight is a renowned computer engineer who became a founding pioneer of synthetic biology. At M.I.T., he designed hardware and software for time-sharing, operating systems, artificial intelligence and networking on the predecessor to the internet.

But in his 40s, Mr. Knight decided the next open frontier for engineering innovation was in cells, more so than in silicon. So he spent years studying biology.

In 1998, with backing from the Pentagon’s research arm, Mr. Knight started a lab at M.I.T. in what he called synthetic biology.

It took years after its founding for Ginkgo to become a business. Before private investors came in, the start-up relied on $10 million from federal science programs that back promising research.

Ginkgo landed its first paying customer in 2014. Today, the company has dozens of customers across a variety of industries, including food, agriculture and pharmaceuticals. Its work varies depending on the customer. It can supply expertise, enzymes or complete cells. During the pandemic, for example, it has taken on fast-turnaround projects like helping Moderna optimize enzyme production to accelerate the manufacture of its Covid-19 vaccine.

But most Ginkgo projects are longer-term initiatives designed to greatly increase the efficiency or speed of a desired biochemical process in a cell.

The company’s scientists begin by exploring its internal and public databases of DNA, as they seek to develop a more powerful enzyme, for example. Enzymes are the catalysts for chemical reactions in cells.

They might start with 100,000 similar enzymes and then select the 5,000 more promising ones to make. The 5,000 samples are then tested in the Ginkgo labs.

The resulting enzyme is often 10 times better at producing the desired effect than the enzyme the customer started with, the company says.

Ginkgo’s automated labs span more than 100,000 square feet and have cost about $500 million so far. The company refers to its labs collectively as its foundry, a nod to the name used for computer chip-making contractors.

“It’s not that we’re geniuses,” said Mr. Knight, who is a senior scientist and strategist at the company. “It’s a scale thing.”

A cluster of gene-sequencing machines at Ginkgo. The labs cost about half a billion dollars to build.Credit…Simon Simard for The New York Times

Michael Miille was an agricultural scientist at Bayer exploring ways to make farming more sustainable when he came across Ginkgo.

Bayer, whose agricultural interests include Monsanto and the Dekalb seed businesses, was looking for a technology partner to produce nitrogen-fixing microbes. If successful, such microbes could curb the use of chemical fertilizer, saving energy consumed by fertilizer production and reducing water pollution from the runoff from fields.

“Ginkgo had technology no one else did, and they were taking off,” said Mr. Miille, chief executive of Joyn Bio, a joint venture with Ginkgo founded in 2017.

Joyn Bio has made “significant progress” in the last 18 months, he said, and plans to begin commercial trials within a year.

Ginkgo is encouraging new biotech start-ups to piggyback on its technology, much as tech start-ups use Amazon Web Services to supply their underlying computing and data storage. Motif Foodworks, founded in 2018, is one. It makes ingredients for plant-based alternatives to meat and dairy products, and it relies on Ginkgo to provide yeast strains that enhance flavor or texture.

Ginkgo collects money in different ways, including fees for use, royalties and equity stakes, depending on the customer. Revenue from its foundry business grew 40 percent in the first half of 2021 and is expected to reach $100 million for the year. By the end of last year, the Ginkgo labs had completed or were working on a total of 74 cell projects. This year alone, they are on track to add 30 more.

“The business model is starting to prove itself,” Mr. Kelly said.

In a filing for investors, Ginkgo said its foundry business should break even by 2024 or 2025, though that excludes returns on equity investments and royalties, which are beginning to trickle in.

Ginkgo, by all accounts, is an innovative leader in synthetic biology. “It embodies the vision of the field — to industrialize biology,” said Mr. Cumbers of SynBioBeta.

While Ginkgo is aiming to automate broad swaths of biology, the field is still largely hand craftsmanship. An estimated $33 billion was spent globally last year on cell engineering research by universities, government labs, biotech companies and large corporations. More than 60 percent of the spending was on labor with the rest for equipment, reagents and other materials. The labor share for Ginkgo projects is about 30 percent, the company says.

The question is how much demand there will be, and how soon, for Ginkgo’s computer-style technology platform. The company and its investors are betting its moment has arrived. Ginkgo is raising more than $1.6 billion to further expand its automated biology foundry by going public through a special-purpose acquisition company.

The SPAC market has been volatile recently. But its investors express confidence that the deal, which values Ginkgo at about $15 billion, will prove to be a good one for both the company and its backers in the long term.

“The Ginkgo team has spent years building out this technology,” said Bill Ford, chief executive of General Atlantic, the investment firm and Ginkgo backer. “It has a lead, and we’re in the infancy of synthetic biology.”

Angling for a Merry ‘Fishmas’ Despite Global Shipping Delays