Can Cads Be Redeemed? A Raunchy Dating Show Investigates.

Hope (and Ian McKellen) Lured Me to Britain. Was It Worth the Risk?

As Migrants Surge Toward Border, Court Hands Biden a Lifeline

A Composer Shows the Way to Give Classical Music Swing

Back in 1936, savvy listeners may have sensed that the novelty tune “Rhythm Saved the World” wasn’t only about its nominal subject: the drummer …

Back in 1936, savvy listeners may have sensed that the novelty tune “Rhythm Saved the World” wasn’t only about its nominal subject: the drummer boys who motivated Revolutionary War soldiers at the Battle of Bunker Hill. No, as played by Louis Armstrong, it was clear that the song’s real subject was jazz itself, and its ability to conquer foreign lands — and other genres — with ease.

This wasn’t bluster. Berlin had already thrilled to fox trots in the 1920s. Stravinsky wasn’t shy about his thirst for jazz. And Parisian audiences, including composers like Georges Auric, received Armstrong with rapture early in the 1930s.

Yet audiences today aren’t often given the opportunity to appreciate the global impact of American improvisers on classical music. Among major American orchestras, the upcoming season features almost no jazz-influenced works — with the occasional exception of a Duke Ellington piece or John Adams’s bebop-tinged Saxophone Concerto. This sad state of affairs has resulted in long stretches of inattention to works like the chamber orchestra version of Mary Lou Williams’s “Zodiac Suite.”

A new album of works by the Russian composer Nikolai Kapustin (1937-2020) is here to remind us of jazz’s reach. Released this month on the Capriccio label, the recording is anchored by a feisty, jubilant rendition of Kapustin’s Piano Concerto No. 4, played by Frank Dupree and the Württemberg Chamber Orchestra under Case Scaglione. In addition to its clear debts to the Russian classical tradition, the one-movement work features passages with rock momentum, and others with the grooving energy of 20th-century pianists like Oscar Peterson.

This makes for one of the most entertaining, put-it-on-repeat recordings of a dread-filled year. It’s complex and bravely exuberant music that is also highly accessible: A cadenza, toward the end of the concerto, feels as though driven by Rachmaninoff-tooled engines in the bass, with a carriage of American blues riding high on top.

“I would say a mix of Shostakovich, Rachmaninoff, Schnittke and Prokofiev,” Dupree said in an interview, describing the elements that Kapustin blends with the blues. “It’s a mix of American-influenced jazz music plus the Russian education.”

As a piano student at the Moscow Conservatory in the 1950s, Kapustin immersed himself in the canonical piano literature. But a concert by a visiting American pianist, Dwike Mitchell, in 1959 left a dramatic impression. (The anecdote is recorded in the composer’s book of conversations with the writer Yana Tyulkova.) By then, the die was cast: Kapustin’s pieces from then on featured the strong influence of jazz — whether he was writing sonatas, études or concertos.

After decades of obscurity for Kapustin, his cult has been growing over the past two decades, thanks in part to a series of recordings by Marc-André Hamelin and Steven Osborne on the Hyperion label. Hamelin was first exposed to Kapustin’s music in the late 1990s, from a recording by Nikolai Petrov. “My jaw dropped to the floor,” he recalled recently. “And I thought: What is this? This is really rather incredible.”

“You won’t believe this,” he added, “but it’s true: Googling Kapustin’s name yielded zero results. Getting scores was practically impossible. You had to know the right people. Steven Osborne had preceded me in this regard, and I did get a bunch of scores through him.”

Hamelin’s and Osborne’s versions suggest their own tastes in American music. While Hamelin’s journey through the Second Sonata reveals his appreciation for ragtime intensity, Osborne’s dreamier, moderate-tempo approach shows the influence of Keith Jarrett.

Those Hyperion albums, along with Kapustin’s own reissued recordings, have helped inspire a new generation of pianists that includes Dupree. Now stars on the level of Yuja Wang might play a Kapustin morsel as an encore. But because most of the attention thus far has been on the solo piano pieces, Dupree’s disc with the Württemberg orchestra is particularly valuable.

In their take on the Concerto for Piano, Violin and String Orchestra, double-stop writing in the solo violin part suggests some of Kapustin’s affection for American country music. The third movement even incorporates climactic passages full of hoedown stomp.

After praising the playing of his colleague in the concerto, the violinist Rosanne Philippens, Dupree added, “What I also hear is country music — but from Serbia, Croatia.” And, as a consequence of passages in 7/8 time, “it really feels like a Hungarian dance, or like Bartok.”

Dupree’s next Kapustin album, already recorded, puts the spotlight on jazz-trio interpretations of the solo piano works. Scheduled for release early next year, it features his partners — the bassist Jakob Krupp and the drummer Obi Jenne — improvising, while he plays, as written, excerpts from works like the Eight Concert Études. 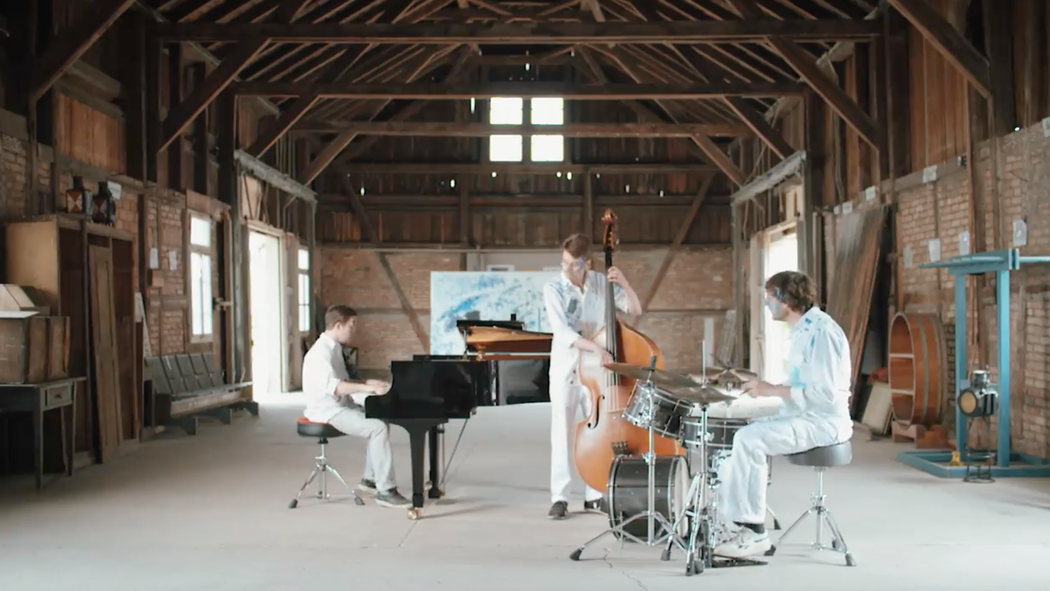 Though Kapustin had some early experience as an improviser in jazz ensembles, he didn’t make space for improvisation in his notated works. Osborne describes this as something of a blind spot, and on his Hyperion disc, he includes brief bits of improvisation (though he is modest about his own jazz skills).

“It feels unnatural somehow to feel completely hidebound to the score,” he said, in music “which is so obviously trying to give the impression of freedom.”

Such improvisational interventions move this music still closer to American trends. Dupree’s forthcoming trio recording brings to mind what the composer John Zorn has done with some of his recent pieces: notating a piano part precisely, while setting a rhythm section loose to improvise.

These and other points of connection are waiting to be explored in mainstream American classical programming. It’s easy to imagine a series of concerts connecting the music of Ellington and Williams with that of Gershwin and Bernstein — before venturing into the broader catalogs of global orchestral swing.

“Bernd Alois Zimmermann can write his violin concerto, and have amazing bossa nova grooves in the last movement,” the conductor James Gaffigan said in an interview. “Or William Grant Still wrote these symphonies that are so jazzy and so well-crafted.”

That litany might also include some of the works of Friedrich Gulda, a star pianist particularly famous for his Mozart interpretations, who improvised and composed with an ear to jazz influences. His Symphony in G — a punchy piece that gives pastiche a good name — had its first recording released this year.

And when Gaffigan made his debut with the orchestra of the Komische Oper in Berlin this spring, the program included Gulda’s Concerto for Cello and Wind Orchestra. “Even the most cynical concertgoer has to smile in this piece,” he said.

While American music might have swept the world off its feet last century, the works of composers like Kapustin and Gulda — and the efforts of their contemporary champions — might now be able to help return the favor.

“A place like Berlin or New York City, the public needs a balanced diet, not just all Mahler all the time,” Gaffigan said. “We’ve got into some weird patterns, in the U.S. especially. And it’s sad because the American orchestras are so great and versatile, and they can do anything.”

He Built a Robot to Prove a Point About Refugees

Whiplash for the Concert Business as the Delta Variant Rages On